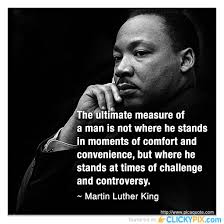 I hear the word  “diversity” spoken everywhere, and in relation to almost every aspect of society. It’s a good thing to recognize the many faces in our society, and it’s great that we recognize our ‘melting pot’ society. However, we shouldn’t fool ourselves or be too naϊve to think that because we acknowledge diversity and differences among humans, that that is enough. We mustn’t stop there, for the work is not complete.

Workplace diversity, diversity in higher education, on college campuses, and in k-12 schools holds great significance. Everyday life reflects diversity among us, and the nation’s schools, in particular, now conclude that our classrooms are becoming more representative of diversity.

First, is our nation becoming more diverse, or are we just awakened to the diversity that always existed? For the most part, I think the latter, not the former, and only now has this diversity received formal recognition. Families are and have always been ‘diverse’ within the United States of America. Different cultures, races, ethnicities, traditions, heritages, native languages, beliefs and values, even sexual preferences and gender identities comprise the diversity of citizens and non-citizens alike. The lists continue in identifying where and how differences exist. But we aren’t focusing on differences alone, because there are more commonalities that connect us than there are differences which separate us. 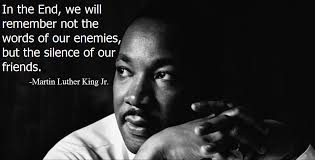 As a democratic society, being respectful of the basic human rights that we must honor, everyone also has civil rights. Organizations and businesses all have diversity policies in place, but we shouldn’t  they are not guilty of any discriminatory practices. Because there are African-Americans, Hispanics, Asians, and others who represent diversity, does not and should not indicate true equality. It is but a step towards true equality; a necessary one, but we aren’t there yet.

The point of demonstrating diversity in all segments of society is to ensure that everyone has a voice in decisions that affect their daily lives. In other words, just because ABC Company has a Black person on staff, or on the Board of Directors, does not mean that this person has a say in policies at that company. Just because you are given a seat at the decision-making table does not mean that you are exercising your voice, stating opinions, or making recommendations that ARE actually heard. No one may actually consider your message or even give equal time for input and expression of ideas. 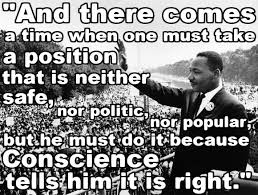 Parents, regarding educational policies, are also given ‘seats at the table’ where decisions and determinations are made, but do they have voices that others listen to, or dismissed? I think that if the ‘majority’ of the voices of parents and other stakeholders, were heard, there would be no ‘opt-out’ movement or similar concerns expressed as outcries in education.

Because we have Blacks in law enforcement, doesn’t mean they all have voices in determining policies and practices, either. Otherwise, the ‘Black Lives Matter’ Movement, ‘stop and frisk’, ‘driving while black’, racial profiling and other inequities in police practices would not be so highlighted.

People aren’t ‘crying wolf’ out there, folks! Real respect and appreciation of diversity, in its many forms, demands that we challenge ourselves to examine and, if need be, alter our perceptions, policies, programs, practices and perspectives. Implicit bias, prejudice, discrimination, and exclusion lead to discipline disparities, school to prison pipelines, negative stereotypes, even black on black crime. They lead to college mismatch, under-matching, high unemployment, red-lined communities, underfunded schools… Shall I continue?

Diversity is a part of the process that leads to truly democratic ‘equality’ for everyone. The aim of respecting and appreciating diversity is human equality of opportunity and access-across the board. Everyone gets a seat at the table, and has equal opportunity to speak and be heard….voices.

That is a government ‘by, for and of’ the people, all people!

What we do not want to do is return this country to its former ‘great’-ness, because it never was. We can be, though! Change can be painful, but often necessary for growth. People across this country and across the globe are raising their voices in unity for respective changes. Democracy for democracy’s sake, will not do! When that self named democratic process has within itself the built-in denial of the rights of some ‘citizens’ because of race, heritage, religious beliefs, etc…., then we must examine, identify inequities, deconstruct them and reconstruct into that which supports everyone’s basic human rights, equity and equality in America. When this becomes a reality, this ‘great’ nation, will be a GREAT nation, both in policy and practice, to fulfill its promise.   God Bless America! Happy MLK Day!