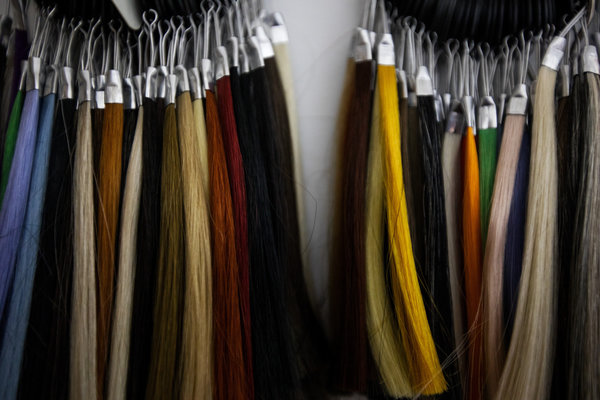 The American cultural female beauty ideal remains decidedly narrow and relatively white. Physical manifestations of beauty exhibited in Black women have been debated and contested in American culture for over a century. Black women’s bodies were routinely regarded as vile, inhuman, and at the very least unattractive, while simultaneously Black women were utilized as objects for the sexual favors of some powerful white men. The broad noses, brown skin, full lips, large buttocks and wiry hair of Black women have been seen as abhorrent over the course of United States history. Images of the Black woman as a mammy figure with headscarf, shaven head or tight short braids was a primary visual representation of Black women in the minds of many Americans until recently.

In the modern era images of Black women as legitimate and rival beauties to white women and other women of color is evidenced by their increased representation in the media and popular press. While these images of Black beauty are more present, Black women continue to be objectified, often dismembered and portrayed as animal, alien or unnatural. We have had a first Lady of the United States who is African American. Many Black women grace the pages of premier fashion magazines and a popular network television series (Scandal) features a Black woman as the US President mistress and sincere love interest.

While the media celebrates portrayal of Black women who successfully achieve a white beauty ideal (narrow noses, straightened hair, lighter brown skin), successful, upper middle class and highly educated young Black women are subverting the white beauty paradigm and increasingly accepting themselves and presenting themselves to the world in their natural beauty state. This may address how in the face of social and cultural degradation and diminished access to resources of higher education and economic advancement Black women consistently rate high on measures of self-esteem. For women and girls across cultures, hair is an enduring symbol of female beauty.

What does ‘hair’ mean for the African-American community? That question alone brings up a multitude of perspectives and a host of different questions to follow. The first response to that question would sound a little flippant, but hair is an important, and also complex physical attribute for everyone, bar none. Is it vanity? Is it about vitality, youthfulness?  Hair, for black people, is as varied as skin tone and complexions are-they run the gamut. From pale, the lightest hues to rich tans and the deepest browns, can be an outermost, easily recognizable feature. Many of us are surrounded by black people whom you would not have an idea of their ancestry or lineage, by skin tone alone. Contrasting skin with hair color, texture, length, or style, black hair is about as individually unique as fingerprints.

What is most associated with black hair is tight, curly, or ‘kinky’, yet black hair texture spans from straight to loose curls, to tight curls, wavy and to the natural afro style. While some women of color prefer long, flowing locks, you can never be too certain whether it is naturally grown or store bought. Either way, don’t get it twisted; it IS her hair. Before this conversation becomes esoteric, never, and I mean never, ask a black woman whether she is wearing a wig, weave, or whether it is her ‘own’ hair that is so beautifully and intricately styled. Believe me, you will be sadly embarrassed and you may never receive the truth. Last time, it IS HER hair, and that is the truth.

The myth about black women and swimming pools! Believe it! Carefully coiffed hair must never meet with water unless it is inside of a salon. That’s bad news! But, not everyone can say that, because of modern science and perms, it is possible to get wet, but not very likely that she will take that chance. What! Ruin the hair that she spent hours in the salon to achieve “hair perfection”!

The hair and wig industry will forever be profitable, everywhere that there are women, and black women in particular.  Braids? No longer limited to black women, and since Bo Derek[ in the movie, “10”], many more white women are wearing some variation of cornbraids. Does the name Kardashian sound familiar? Cultural misappropriation, indeed, but hair is beauty, and the quest for beauty and a beautiful hairdo is universal-not limited to black women.

2 thoughts on “The Mystique of Black Hair!”