If a smile can be ‘infectious‘, then what about all types of violence? It makes so much sense that we should begin to view violence as a communicable and highly contagious disease that infects all those who are exposed to it. In neighborhoods all across the country, violence has been spreading like ‘wildfire’, and the most vulnerable populations are suffering from its impact. Devastating communities and unnecessarily destroying lives, no one is immune.

We criminalize gun violence and harshly punish those who engage in this form of violence, but we aren’t protecting the rest of us who have already been exposed.

When we examine violence through the lens of a medical model, it meets all of the criteria associated with communicable and infectious diseases.  Let’s say that I live in a neighborhood wrought with violence-gun violence, fist-fights, domestic violence, bullying, and so forth. There is an everyday occurrence of someone being shot by gang members who either injured or killed their intended target. That’s then called ‘street justice’!  What too often happens, is an innocent bystander unwittingly gets caught up in the ‘gunplay’ to become another victim of senseless violence.

Why is it that my neighborhood has so much violence? That question can actually be logically explained.  Violence can be perceived as a communicable and  contagious disease that spreads like ‘wildfire’ to infect those with whom it comes into contact.

Violence, as a contagious disease, can thus be cured, and at the very least, it can be contained and we can work towards a curative solution. Why a disease model? Like real medical diseases, once identified, we treat them until we find cures. We also manage them to contain them before they become pandemic, and out of control for the general population. An infectious disease is spreadable, and if one person is infected with this disease, anyone with whom that person comes into close contact will likely become infected, and from there, violence spreads exponentially.

In cities like Chicago, where so much violence has infected the black community, and the poor, young, gang-affiliated populations have become infected to such a degree that violence, as a coping mechanism, and a form of conflict resolution, has become the ‘normal’ in their communities.

Dr. Gary Slutkin, says that we should treat violence as a communicable disease, because it is contagious and spreads through society like an infection- like wildfire. A medical doctor at the University of Illinois at Chicago, Dr. Slutkin has shown that violence meets the definitions of a disease and being contagious-spreading from one person to another through close contact. Fitting into the basic infectious disease framework, we can better understand the process of violence, and thus we can strategize on reducing violence. 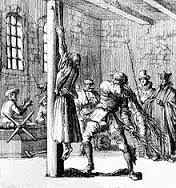 Looking back into the history of disease and violence that have infected and killed millions of people in society, we treated those ‘infected’ persons as ‘bad’, which included those infected by mental illnesses, tuberculosis and other formerly ‘untreatable’ afflictions. We blamed them for the problem, and attacked their moral character. Sounds familiar? We put them in dungeons, burnt some ‘at the stake’, threw others down wells; we didn’t know any better; we didn’t know the causes. We didn’t know what was truly happening, or why, because the causes and underlying processes were invisible. Today, however, it is jails and institutions within which exists pipelines to prison that are the ‘normalized’ solutions to that which we do not understand. Essentially, we do not know enough about ourselves, as humans with complex brain processes still undiscovered-not fully understood.

Polio, diarrheal diseases were killers at one time, people were conventionally ‘disposed of’ and now are treated, cured, and those afflictions have been all but erased from the human conditions. We know more, we do more and we treat better. So, if we view violence in the same way, in search of a cure and not punishment, incarceration or labeling the people as ‘bad’ and attack character, we may in fact discover underlying causes and stop the violence that plagues communities across society, if not America.

That which we do not understand, we misdiagnose and mistreat, as in special education placements of youngsters of color. We have made the wrong diagnosis! Those wrong diagnoses, moralistic diagnoses, have lead to ineffective and counterproductive strategies and treatment. Before viewing addiction through the medical model, we attacked those addicted to substances, labeled them bad, and criminalized related behaviors. Now, we understand the underlying processes of addiction, and we are able to treat and cure addictions more appropriately, humanely and less punitively. Violence can and should be viewed in a similar evolutionary process of discovery- a work in progress.

The most pressing and urgent challenges we face today all refer to the different forms of violence which play out in the lives of anyone who has been exposed to it, in one way or another. We must reimagine our approach to the treatment, punishment, labeling, and honestly address the root causes of this disease. Requiring totally new strategies,  systematic collaborative initiatives need be transformative, and proactively designed. When we say that “guns don’t kill people- people kill people”, it seems more economically motivated, a reinforcement of racial, socio-political, and cultural elitist mindsets, and backed by policies and practices which aren’t designed to help, but separate, malign, isolate, and disenfranchise.

Historically, to fill the gaps between what we see as problematic, and the understanding of the biology of disorders, attacking morals and intrinsic value- based solutions were used to fill that gap. So, we attack those youngsters who are affected by or engage in almost epidemic level violence; they are ‘bad’ kids, bad people, ‘bad hombres’. That view reflects a knowledge gap, and a form of ignorance of those who hold such views. Schizophrenia was treated similarly, and lead to institutionalization on a massive scale, and produced places such as the infamous “Willowbrook State School”, where such mistreatment of the mentally ill occurred became the normative solution to that which we did not know. We were replacing incomplete understanding with blame of others and therefore, mental hospitals, special education programs, prisons and now even deportation seems to be logical and appropriate solutions.

What is it that contributes to the continued incidents of violence witnessed everyday?  How do we stop it? As one organization works towards solution-finding and violence prevention, they successfully employ interventions and treatments to “Cure Violence” across the spectrum of human experience. Violence is, after all, a contagious disease!