My public school learners were in special education programs, but they could have been mainstream, regular ed students. My class was almost 99% black, and yet the scope and sequence of the social studes curriculum for the middle grades had no African-American content. Aside from mere footnotes on the sides of pages of suggested texts, people of color were not included as being relevant to any time period in U.S. history.

Without texts to distribute to each student, I had to look elsewhere for lesson planning. Covering the American Revolution, names, dates and events all centered around white people. The content was bland, uni-dimensional and boring to these students. With this type of information being imparted on these children, they detached and disrupted-acted out. No note-taking, no engagement. In one ear and out the other.

This went on for a few weeks and something snapped. An aha moment! I had a set of books at home which centered around African-Americans in history that I decided to bring to school. I wanted to connect with my students and could no longer tolerate their inattention. At that point, I abandoned the curriculum as prescribed. It was time that these children were given lessons about who they were as people, who they are and hoped they’d still have dreams about who they could become.[Public education has a way of distinguishing dreams for children of color.]

Amidst the backdrop of U.S. History, they were given pieces of history never explored. There was an amazing transformation among a group of students considered unruly, uncooperative, and the same group who had brought me to tears a time or two because of my inability to control their classroom behavior.

Actually, there were two lessons learned that year, and if I were to reflect more deeply, there are probably many more. At the time, the message given to me by other teachers was that I had to ‘control’ my students. Wrong! We don’t control our students. We give them learning challenges in ways that encouraged them to control their own behaviors and engage appropriately to situations, while maintaining their individuality.

Ultimately, they were acting appropriately to the types of content presented to them.  I always loved social studies, but educators seem to miss the mark with today’s children. When I was in grade school, my teachers sprinkled the curriculum with people with whom I could relate and make a connection. This was in the South, where racism was thought to be so very prevalent.

The North was thought to be progressive, more liberal. But, I found myself teaching in New York City, where teachers weren’t teaching to their huge populations of children of color. What misinformation and mis-education! 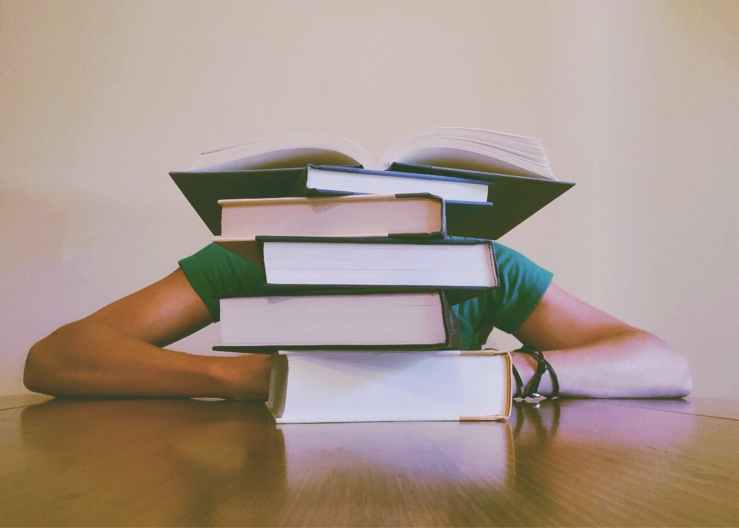 What was learned in that middle grades classroom was that when my own personal books entered the room, my students listened and actively learned. Giving them these mirrors filled an unmet need, and suddenly they wanted more. There was now a light in their eyes-they belonged.  They paid attention, asked questions, and during free reading and ELA[which I also taught], they chose these books to explore. How ironic! Most were assessed at 2nd-3rd grade reading levels. The biographies were written for 5th grade and above.

They learned about people they never knew existed and who excelled in areas they never believed possible. Newly discovered heroes whose lives were wraught with obstacles, too. My students did book reports, and were able to tell real- life stories about African-American people.  Present students with truths, logic, and relevant and relatable content. No more ‘Hidden Figures’!

Logic dictates that the earth revolves around the sun, not white people. However, spend just one year in a public school classroom, and one would believe that life is all about whites. Every school student across the U.S. should be required to take Black History, both as a stand-alone course, and also integrated throughout the curriculum.

Year after year, schools make choices about the curriculum-the content and content areas to be taught. Overtly clear in our curriculum is an overall absence of teaching outside of the white perspective. More than 50% of American children are considered minorities and it’s time to start teaching to them, about them and for them; every year, every marking period.
Why? To what end? The fastest way from point A to point B is a straight line. Stop meandering in school. Teaching real-life and believable facts is to tell the truth. It flows naturally. Not his-story, but history. Cultivating a more respectful national climate-between the races, is to teach about the forgotten, dismissed and maligned in society. Children are being groomed, implicitly socialized and explicitly taught from a Eurocentric perspective. Reflect on the curriculum and ask yourselves this, “Who’s missing?”  Then, look out at your students.

When children, white children, do not learn about ‘others’, they will lack understanding, tolerance and respect for the ‘other’. Not foreigners, but those with whom they will interact on a daily basis-within our borders.

When children, black children in particular, fail to learn about themselves, they fail to fully respect themselves, understand or realize their own worth. They are socialized to feel as though they are indeed the ‘other’.
Because of the absence of this important aspect of our national history, and the corresponding absence of significant exploration in mainstream education, we perpetuate the inequities, gaps, disparities and the ‘hate’ that we denounce so loudly. The good news is that there are achievable solutions. If we really wish to end the racially-motivated violence, the name-calling, the intolerance and implicit bias, we must uncover the hidden mystery of the other.

Change rarely comes from the top down. Rather it comes from the ground up. Don’t wait or expect it to come from the district level or the administration. Change begins with the teacher in the classroom. You see these children everyday, spend longer periods of time getting to know them, connecting with them and thus should understand what it takes to do so.

While children’s worldviews are being formed, the types of things we teach them in school can influence their mindset. The way they see themselves, the way they see themselves in the world, and the way they see others is being cultivated.
What we teach children in school can outshine what they may learn from their parents at home. Making black history a naturally occurring part of the curriculum content arms children with the necessary appreciation of diversity and for many, a stronger sense of self. It prepares children for engaging with the world more peacefully, and prepares the world to engage one another with greater tolerance, respect and compassion-empathy.

Empathy may be the most critical outcome from teaching about diversity to all children-from the earliest ages. Since we wish to eradicate name-calling, bullying, racism, discrimination, and the fear of the other or the unknown, we must proactively minimize the’ignorance’ about each other. Be unafraid to ask questions, peer beyond the surface, debunk stereotypes and challenge immaculate perceptions.

Teachers, be brave, compassionate, broaden your worldviews and open up new worlds for your learners. Teaching African-American/Black history-the present and the past can do that. We owe it to the black and brown children in classrooms everywhere. We owe it to white children, and we owe it to the future of humanity.

2 thoughts on “Here’s What I Learned From Teaching Beyond The Textbooks!”